Skip to content
January 24, 2020
1 power plant is the largest user of coal

China's power plants are mainly coal-fired power plants, and about 80% of the power generation comes from thermal power.

According to the development plan of China's power industry, at least in the first 20 years of the 21st century, it will maintain a rapid development trend. Although the composition of the energy required for power generation will be adjusted, the amount of coal will increase at a rate of 30 million tons per year due to the increase in total power generation. It can be seen that the future coal market will be the main supplier of power plants for a long time.

2 The impact of coal quality on power plants

2.1 The influence of volatiles

For coal-fired power plants, the selection of boilers and the determination of various parameters are important aspects of the design. When designing a boiler, the first consideration is the flammable base volatile content (Vdaf) of the coal. Because the furnace structure, the burner type, the heating surface arrangement, etc., are all related to the volatile matter of coal. When the boiler is running, its operational adjustment is also closely related to the volatiles. Although high-volatility lignite from low metamorphism to low-volatility anthracite with high metamorphism can be used as boiler fuel, high-volatility coal is more suitable for boiler use. Because the higher the volatile content of coal, the more stable and stable combustion. When the other indicators are the same, the ignition temperature of the coal decreases with the increase of the volatile matter, and the ignition speed of the coal increases with the increase of the volatile matter. At the same time, the mechanical incomplete combustion losses of the boiler will be reduced. Statistics show that for every 1% increase in coal volatility, the ignition temperature is reduced by about 2.5 Â° C, and the ignition speed is about 0.6 m / s; at the same time, the flameout temperature will drop by 10 degrees. Some lignite with high water content and low calorific value is used by power plants because of its high swing advantage. The level of coal play is not changed by washing, but it is an important factor for coal mines to consider product sales.

Coal moisture has the difference between internal moisture and surface moisture, and the sum of the two is total moisture. Regardless of the form of moisture, the calorific value of coal is reduced and the heat loss is increased. The increase in moisture in coal naturally causes the calorific value to decrease accordingly. Not only that, in the combustion process, in order to evaporate water, it also consumes heat and removes heat. For every 1kg of water evaporated, about 600kcal of heat is required.

After the coal is burned, the non-combustible various mineral residues are the ash of the coal. Obviously, the ash directly determines the calorific value of coal. The ash content of various coals varies widely, and coal-fired power plants also have strong adaptability to coal ash (before boiler selection). Despite this, the impact of ash on the economics and reliability of power plant operations is enormous. Specifically, there are the following aspects:

(5) Affecting safe operation. With the increase of ash, the wear of the coal preparation system and the boiler equipment is almost proportional to the wear of the components of the ash discharge system, and at the same time, the contamination and slagging of the heated surface and the corrosion of the pipeline are intensified, thereby posing a safety hazard.

Sulfur in coal is a direct source of SOx in power plant exhaust. In the case of power plants using high-sulfur coal, in order to meet environmental protection requirements, it is necessary to add large investment and operating costs for sulfur removal and sulfur fixation. At the same time, it will cause corrosion, ash and leakage of equipment, which will seriously affect the economic and safety of boiler operation.

2.5 The effect of calorific value

Modern power plants usually use a pulverized coal furnace to suspend combustion, and the coal is ground into a powder before the fuel enters the furnace. The particle size, grindability and wear of coal have a significant impact on the capital investment, power consumption and operating costs of the coal preparation system.

The coal ash fusibility is determined by the coal ash component. When the melting point of coal ash is low, it is easy to cause slagging on the heated surface, which not only seriously jeopardizes the safe and economic operation of the boiler, but also may force the boiler to reduce the output operation and even be forced to stop the furnace. Of course, the phenomenon of coal ash slagging is also related to the ash content, and the increase of ash will aggravate the slagging. Therefore, power plants generally welcome the use of coal with a coal ash melting point of not less than 1350 Â° C (heat generation greater than 12.5 MJ / kg).

As mentioned above, the impact of coal quality on power plants is multifaceted, and the overall performance is the impact on power generation costs and infrastructure investment. According to the calculation of electric power experts, when the calorific value of bituminous coal is reduced from 18.81 MJ/kg to 12.54 MJ/kg, the total investment of the power plant will increase by about 22%, the coal consumption of power supply will increase by 24%, and the self-use rate of the plant will increase by about 33%. A drop of about 4.5% eventually led to a 66% increase in power supply costs.

China's power industry has ranked second in the world, but its technical and economic indicators are still not satisfactory. For example, the coal consumption of coal-fired power plants is 410g/kg of standard coal (1996), which is 80-100g/kg higher than that of developed countries. According to the calculation of the amount of power generation, if the coal consumption is reduced by 60g/kg, the standard coal will be saved 55 million tons a year, and the converted coal will be 77 million tons. Although there are many reasons for high coal consumption, the main reason is that the composition of thermal power units is small, and the proportion of high-parameter large-scale units is small. Second, coal quality is poor and coal quality is unstable.

In order to improve the technical and economic level of thermal power generation, the future development direction is: the new power plant is mainly based on high-parameter large-scale power plants. The national coal power consumption of the newly-injected condensing unit is not more than 330g/kg, and the heating unit is not more than 270~ 280g/kg; phase out medium and low voltage units; transform existing high pressure units; develop heat and power joint ventures; strengthen economic dispatch of power grids and increase power generation ratio of large units.

The coal industry should track the development trend of coal-fired power plants and develop product directions for coal supply to large power plants.

3.1 About coal type of coal

High volatile coal, namely power bituminous coal and lignite, is the preferred coal type for power plants. Because of its low calorific value, lignite is suitable for supplying power plants in the mining area or near the mining area.

3.2 About the ash of electric coal

Depending on plant requirements, raw coal quality and optionality. Usually, the bituminous coal of not more than 25% ash can be screened and treated as far as possible. Raw coal with ash content greater than 25% should be washed and processed to exclude vermiculite. The thermal coal washing is not suitable for the medium coal and does not wash the coal. Under this condition, the ash content of the easily washable coal can be 15% or lower, and the ash content of the difficult coal washing product may be between 20% and 24%. From the macro analysis of the effective use of energy, it is not worth the loss to reduce the ash for the refractory power coal, because the compensation for the power plant cannot be lost [2].

The power plant should use low-sulfur coal with a sulfur content of not more than 1%. Sulfur 1% to 3% of sulfur in the coal, sulfur should normally be reduced washing (if configured to sulfur mainly pyrite sulfur, sulfur discharge effectively washing), to product total sulfur points less than 1%. For high-sulfur coal with sulfur content greater than 3%, a high-efficiency sulfur selection process is required to maximize sulfur removal. Desulfurization through the washing process is much less expensive than the sulfur and desulfurization measures taken by the power plant. It is most reasonable to carry out desulfurization of high sulfur coal from the source.

Whether it is raw coal, screening coal or washing coal, the surface moisture Mî€Œf shall not exceed 8%.

3.5 About the calorific value of thermal coal Large-scale power plants should use coal with a calorific value of Qnetar greater than 20.9 MJ/kg (22.99 MJ/kg). Lignite is not limited to this. Of course, the Qaetar value is related to ash and moisture.

3.6 About the stability of coal quality

In order to adapt to the development of the power industry, especially in order to meet the needs of large power plants, the coal industry in the early 21st century needs to vigorously develop coal. From the perspective of primary energy market, the share of other energy sources such as hydropower and nuclear power will increase. This means that coal companies not only face competition from the industry, but must also accept challenges from the energy market. To this end, it is necessary to use processing methods to enter the market with quality products that are marketable.

Coal washing is the selection of thermal coal washing, and it is advisable to adopt a simple and efficient coal preparation process with low input and low cost. This is because:

1 In order to reduce the loss of combustibles during the washing process, deep processing is usually not carried out;

2 thermal coal is a low-priced product, and strive to reduce processing costs;

3 Only with low cost, can market competitiveness. Starting from this idea,

The principle of choosing a thermal coal washing process is:

(1) Unless the raw coal ash is too high and has to be washed at the full-grain level, it is generally only washed to a large size. The lower limit of the washing particle size depends on the quality of the raw coal and the user's requirements, and may be 25 mm, 13 mm, and 6 mm, which decreases with the increase of the raw coal ash. The benefits of avoiding the washing of coal or pulverized coal are to reduce the loss of combustibles, reduce the slime, simplify the dewatering, use less washing water, increase the processing capacity, and reduce the capital investment and processing costs;

(4) Depending on the conditions, the plant type will be upgraded and a large-capacity single-system process will be selected. Only large-scale production can reduce unit costs;

(1) In the primary energy structure of China in the 21st century, coal will still maintain its leading position. In the composition of coal users, coal-fired power plants are still the largest users, and the proportion of thermal coal will increase. The development direction of coal-fired power plants is high parameters and large-scale, and more stringent environmental protection measures will be adopted;

(2) The coal industry needs to accurately predict market trends, develop the washing and processing without losing the opportunity, develop a simple and efficient coal preparation process, and strengthen its own competitiveness in the energy market while meeting the needs of power plants.

We have manually Malt Mill, automatic malt mill, at various sizes, for brewpub or industrial brewery. 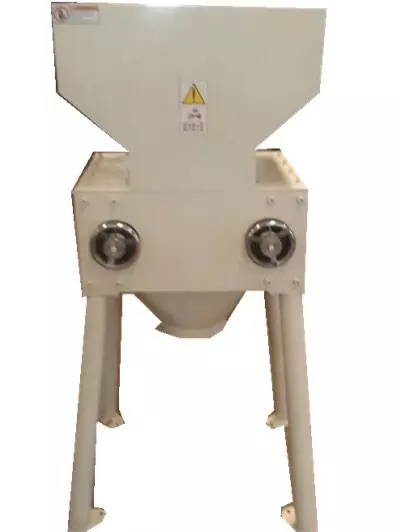